How Encryption is implemented on network

By encrypting file-paths, content, and metadata client-side, we avoid the danger of making this data available to attackers, and anyone else who is unable to derive the necessary encryption keys.

The network's encryption method is purposely designed to avoid using the same keys for content encryption of different files and different segments of the same file. This is advantageous not only because it makes file sharing of encrypted files more secure, but because it does not put other segments or files at risk if one of them is compromised.

The encryption algorithm we used for content and metadata is easily configurable between AES-GCM and “Secretbox,” which are both authenticated encryption algorithms. This means that if any encrypted data is tampered with, the client downloading the data will know about it once the data is decrypted.

First, it’s critical to understand the definitions of a few key concepts used on the network for encryption.

Paths are encrypted in a hierarchical and deterministic way using the root encryption key. Each path component is encrypted separately based on information derived from previous path components.

This method of path encryption allows us to do some interesting things. Consider a user, Brandon, with several files and subdirectories under the path p1/p2/p3/. Brandon wants to share everything under this path with Nat, another user, without revealing anything at a higher level (p1/…, p1/p2/…). Brandon can provide Nat with the encrypted path e1/e2/e3/ and the secret s3. Nat is now able to derive the encryption keys for any of Brandon’s files prefixed with the path e1/e2/e3/. However, she will be unable to decrypt any of the first three path elements or files that do not have the required prefix.

While there are many benefits to path encryption, one challenge exists around efficiently listing unencrypted file names. Since the order of listed items is determined by the paths stored on the Satellite, listed items will always be returned in order based on their encrypted path names, but will not be alphabetical when the paths are decrypted.

Users of the network are able to opt out of path encryption on a per-bucket basis because of this limitation. If a user opts out of encrypted paths, the paths will still only be visible to the Satellite. Storage nodes do not have information about paths or metadata associated with pieces they are storing.

When a user uploads a file, we read it one segment at a time on the client-side. Before each segment is split up, erasure encoded, and stored on remote storage nodes, we generate a random content encryption key. We also create a starting nonce equal to the segment number and use it along with the random key to encrypt the segment data.

Next, we generate the derived key, dk, which we define with sn+1 = HMAC(sn, “content”), where dk = K(sn+1) and sn is the last secret generated from the file path using the technique detailed above. The reason we add one more derivation step instead of setting dk = K(sn) is because a file path can also be a prefix for other file paths. For instance, a/b/c is a valid file path, but so is a/b/c/d. If Brandon wants to share a/b/c with Nat, he should be able to provide Nat with a derived key to decrypt the file c, but it shouldn’t be possible for Nat to derive the key to access the file d even though it has the same prefix. By adding one more dimension of key derivation for content encryption, we avoid this issue.

Each segment has metadata associated with it on the Satellite. Segment metadata includes the random key used to encrypt that segment’s content. We encrypt the random key with the derived key (dk) and a randomly generated nonce. The nonce is stored along with the encrypted content key in the segment metadata. This way, we use a different random encryption key for each segment, but anyone with the derived key can decrypt those keys.

The last segment’s metadata contains information in addition to the encrypted key and key nonce. The additional information is the metadata for the entire file. Some of this metadata is unencrypted, such as encryption type (AES-GCM or Secretbox) and encryption block size, since they are necessary to properly decrypt the file and metadata. The remainder of the metadata, which includes the number of segments, segment size, last segment size, and additional arbitrary metadata is encrypted with the last segment’s random content encryption key.

In summary, encryption and security on decentralized cloud storage networks has been carefully thought out to enable the sharing of files without compromising entire buckets of data. Cloud storage platforms have the ability to easily share data for deployments like CDNs, websites and other use-cases. By deriving keys hierarchically from file paths, and encrypting data with different keys, the Tardigrade Network maintains data privacy without removing important features.

You can read more about encryption on the V3 Storj network in sections 3.6 and 4.1 of our whitepaper. 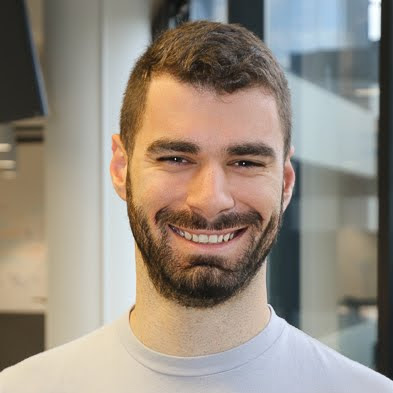